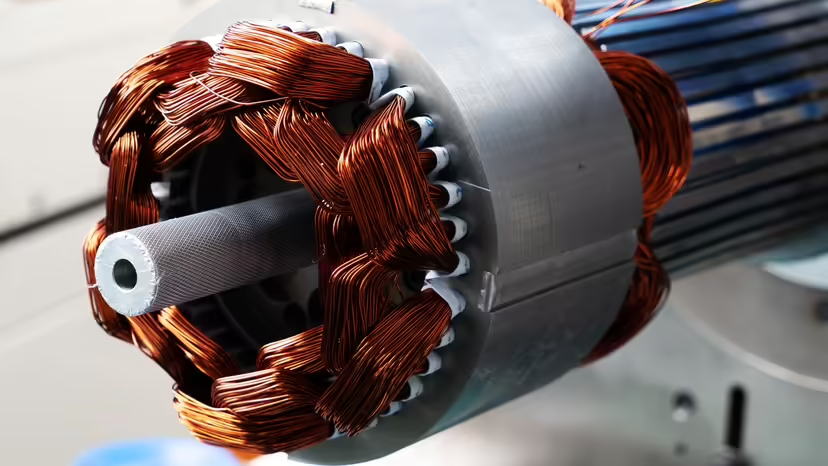 Electric motors are everywhere! In your house, almost every mechanical movement that you see around you is caused by an AC (alternating current) or DC (direct current) electric motor. In this article we’ll look at both types.

By understanding how a motor works you can learn a lot about magnets, electromagnets and electricity in general. An electric motor uses magnets to create motion. If you have ever played with magnets, you know about the fundamental law of all magnets: Opposites attract and likes repel.

An electromagnet is the basis of an electric motor. Say that you created a simple electromagnet by wrapping 100 loops of wire around a nail and connecting it to a battery. The nail would become a magnet and have a north and south pole while the battery is connected.